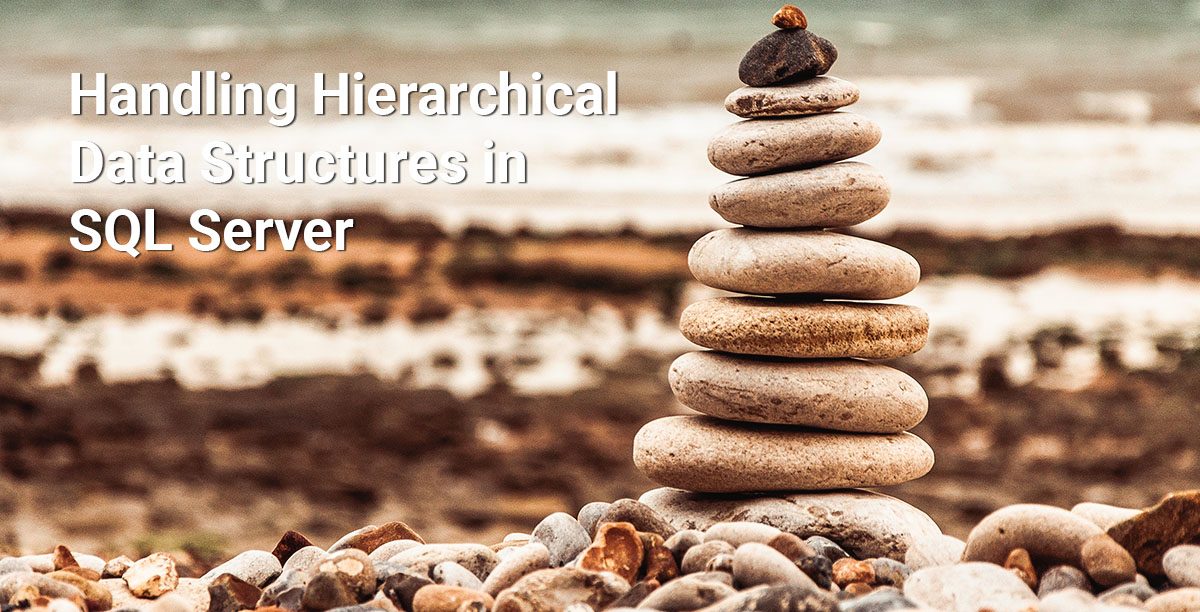 Databases provide a great way to store and query large amounts of data quickly and efficiently. But what if you want to store something like a file system, where hierarchical links between the data are key?

In this article I’ll be looking at how to store and query data in SQL Server in such a way that using it hierarchically is simple.

This is specifically written for SQL Server, but the core functionality (CTEs) should work in many other SQL flavours including MySQL 8 and SQLite

For this example, I’ve constructed a very simple table “folder” as shown below.

The properties of this table are:

For this example, I’ve added a series of rows to the table to show it working.

I’ve tried to name the child folders in such a way that it is easy to see its intended path quickly and easily. “Child 1-2” for example is the second child of “Child 1“, which in turn is the first child of the root folder “Root Folder 1“.

The data as it’s shown in the above Table Example Data screenshot is the result of a straight SELECT statement. It shows all of the data correctly, and would be fine if you are looking to get ALL of the data simply.

However, consider the scenario where you only want the folder “Child 1” and its descendents. I can get “Child 1” itself easy enough with a basic SELECT:

A CTE is used to create a temporary results set for the lifetime of one SELECT (or INSERT, UPDATE, DELETE or MERGE) statement, so like a temporary table. Where CTEs get their real power though is that they can be self-referential and recursive.

What that means in our scenario is that we can use a CTE to build a result set based on a recursive query, or automatically drill down into a hierarchical structure parent to child in a single query.

CTEs are defined with the “WITH” command, followed by a single SELECT (in this example) statement, such as:

This simple example creates a CTE named “cte_name” and fills it with folderid and parentid from the folder table, and then selects the results of that. A fairly pointless example, but it shows the syntax so we can move on to something more complicated.

Let’s look at our scenario again.

We want to be able to query the “folder” table to find one particular folder row and all of its descendents.

It may seem daunting at first, but this is really very simple. It will first retrieve the row with folderid matching the “@sourceid” variable.

It then performs a UNION to also select the children of the data in the CTE recursively, building the hierarchical tree of data. Note that the second SELECT statement performs an INNER JOIN on the CTE itself, linking the current result’s “parentid” field to the CTE result’s “folderid“.

Here you can see we also used the CTE’s SELECT statements to inject two additional useful fields into the data: “level” and “path”.

As an additional step, we can reverse this procedure.

Consider the slightly different scenario where you instead have the ID of a child folder, and want to get a list of all of its parents right up to the root.

The primary difference here is that during the recusive SELECT statement (the second one), it is the CTE’s “parentid” field which is linked to the current folder’s “folderid“, essentially reversing the direction of traversal.

Also note that, because we’re working backwards up the tree, the “path” field’s construction is not as simple so has been excluded.

This article shows a couple of quick and simple uses of Common Table Expressions for the purposes of building hierarchical data structures, but this only scratches the surface of what is possible with them.

Let me know on Twitter (@matt_is_ready) if you’ve found other creative uses.